The course was a welcome stop for the Men’s and Women’s PGA Tours in the 1940s and ’50s, and hosted such notables as Byron Nelson, Sam Snead, Ben Hogan (more on Mr. Hogan later), Babe Zaharias, Patty Berg, Louise Suggs and Mickey Wright, who won her first professional tournament here in 1956. Hyde Park preceded the Greater Jacksonville Open and The Players Championship in making Northeast Florida an historic and memorable total golf “experience.”

Tour professional Billy Maxwell purchased Hyde Park in 1971. Today, Hyde Park is owned by Billy’s daughter and husband, Melanie and Tommy Bevill, who have worked since 2016 to bring the course back to it’s former glory days.

An eminently walkable course with tees and greens set close to each other, and with a liberal walking policy uncommon to the region, Hyde Park’s tight and undulating fairways and frequently uneven lies require more thought than muscle to post a good score. And while much of the layout is relatively “Florida flat,” seven of the holes, primarily on the closing nine, feature either downhill drives to the fairway or uphill shots to the green. 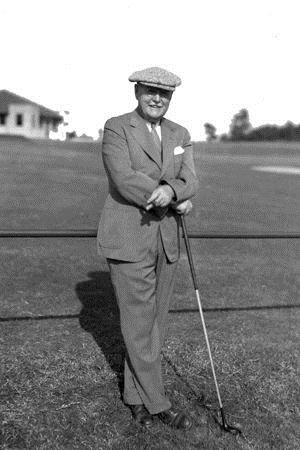 Now, about Mr. Hogan … Wouldn’t you have loved to have been at Hyde Park for the 1947 Jacksonville Open, when Gentle Ben’s ball went slightly sideways on No. 6, a short par-3 of 151-yards? The result was his normally other-worldly game came crashing back to earth — while leading the tournament, no less — when he posted an 11 (That’s not a typo!) on the scorecard. True, a head-high bunker guards the entire right side of the green, directing tee shots toward a small pond on the left. Hogan unfortunately missed to that side, the ball dribbled down the slope and into the hazard — repeatedly — and the rest, as they say, is history.

Ready to Reserve your Spot?